At Home in Arkansas readers will recognize a familiar face when they tune in to HGTV on February 24: Chris Goddard, designer and principal of Goddard Design Group in Springdale, is one of eight contestants participating in the network’s Design Star: Next Gen. Inspired by the original Design Star, which aired from 2006 to 2013, this series features real designers and social media influencers from all over the country competing in design challenges for the chance at a $50,000 prize plus their own show. The show is hosted by Allison Holker Boss, and all six episodes will be available on Discovery’s streaming service, discovery+.

Since it’s not every day a local celebrity becomes a national one, the At Home team recently caught up with Chris for a Q&A about his experiences filming the show. Be sure to tune in to HGTV at 8 p.m. on February 24 for the premiere.

At Home in Arkansas: When were you tapped for inclusion in the series, and when did filming take place?

Chris Goddard: On a random day in March 2020, I received a call from a person claiming to be with a production company. At first, I really didn’t think they were real, so I waited awhile before returning the call. They asked if I would like to participate in a new “design show” to be featured on a television network. The offer sounded like a lot of fun, so I agreed to a formal interview with the production team.

The phone interview went well, but they still weren’t at liberty to tell me the name of the show or which network would air the program until I had signed the contract. The process moved quickly, and the next thing I knew, I was selected to be on HGTV’s Design Star: Next Gen. The network was rebooting one of its most popular shows in a modern way featuring established designers and influencers, and I was thrilled to be selected for the show. 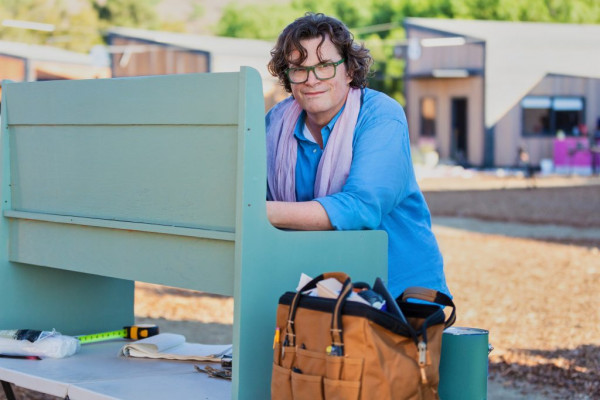 Above: As seen on HGTV’s Design Star: Next Gen, designer Chris Goddard taking a break.

AHIA: How did the pandemic affect filming and production of the show?

CG: There were several production delays due to the pandemic, but I finally received clearance and boarded a plane to Palos Verdes, California, for five weeks in mid-October 2020. The pandemic greatly affected filming, so the network created an isolated design bubble on the top of a cliff overlooking the Pacific Ocean. Safety came first, and the entire cast and crew were tested daily for COVID-19. We worked under very strict regulations. Needless to say, I always felt safe both on and off set.

AHIA: How would you describe your experiences while on set filming?

CG: The days were long, running around 12 hours a day for seven days a week. The other designers quickly became like family. They were from different areas of the country, and I loved seeing their talent and perspective on the design world. We all spent so much time together sharing design experiences and learning from each other. In essence, it was like a crash course in what is happening all over the country in design and social media. 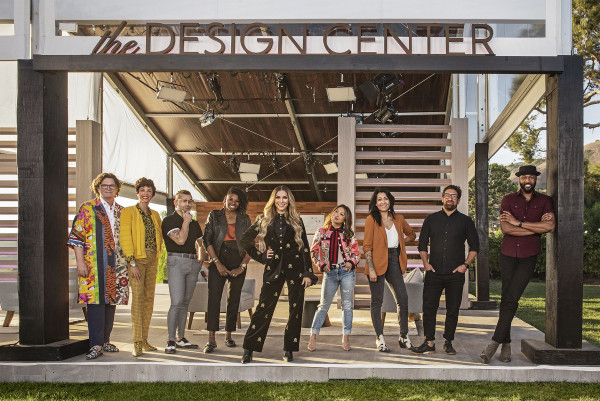 AHIA: Tell us what you can (no spoilers!) about the design challenges you faced as part of the show.

CG: We were tasked with designing, building, and furnishing different spaces in two days, along with daily social media challenges you’ll see play out as part of the judging on the series. The challenges were insane! Many times I thought, There’s no way in the world I can get this done in two days with a very limited budget and resources. In the end, the process and pressure added to the excitement and intensity of the show. I can’t give away much, but the episodes are informative, funny, and very entertaining, to say the least.

AHIA: What would you say has been the most rewarding part of your experience on Design Star: Next Gen?

CG: A lot of people have asked me, Why would an established designer want to be on a show like this? My answer is always, Why not? The show and competition boosted my creative energy and reminded me of the reason I got into design in the first place, and that is to create and be an active participant in the design process. Having been a designer for over 30 years, this opportunity proved that we never really forget all the hard work and labor we did as young designers, and to no surprise, it all came back to me very easily. I’m more excited about design after doing the show because the experience reignited my love of all things design. 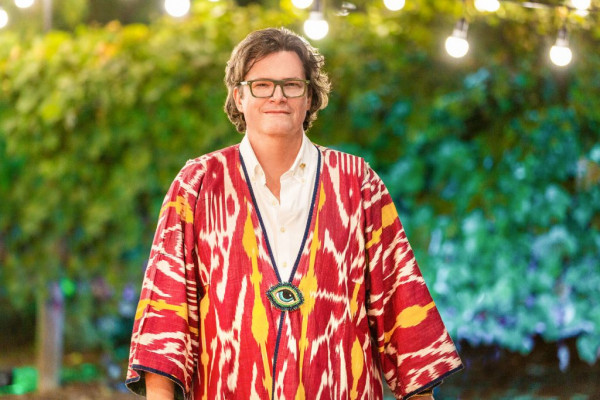 AHIA: How do you feel about representing Arkansas on a national stage?

CG: The opportunity to represent Arkansas—as well as older and more established designers—was amazing. Each person brought a unique regional and generational perspective to the show. I am most proud to have shown the world that no matter where you are from or what your age is, it’s never too late to take a chance on an adventure. Old dogs can learn new tricks!

While all six episodes will be available for streaming through discovery+, the special 90-minute season premiere will air at 8 p.m. February 24 on HGTV. Find out more about the show at hgtv.com.

All images courtesy of discovery+ 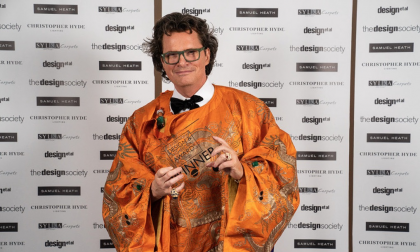 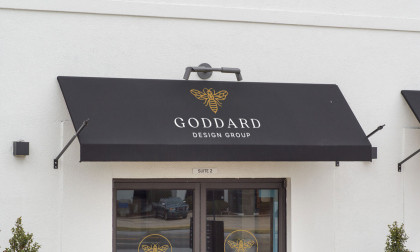 NEW BEE LOGO “They always say time changes things, but you actually have to change them yourself.” - Andy Warhol REBRANDING It has been an exciting year full of change for Goddard Design Group. 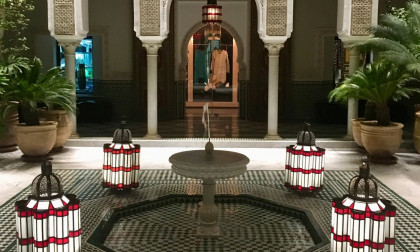 Moroccan Style Through the Eyes of Chris Goddard
August 2021

Morocco has become a personal destination of rejuvenation for me in terms of color, texture, design, fragrance and cuisine.

Keep up with the buzz.